In 1945 Marie Olde Bolhaar and Lauchie MacPherson were married in the Netherlands. Marie sailed to Nova Scotia on the Queen Mary as a war bride and landed at Pier 21 in Halifax. They settled in Antigonish where they raised a family of seven, 2 sons and 5 daughters.

In the mid 60’s after working at several other jobs, Marie decided she wanted to own her own business. So she and Lauchie purchased the” Snow Queen Dairy Bar “South River location after leasing for several years from the original owners John MacKinnon and Dr. Carmen MacIntosh.

John MacPherson worked with his parents at the South River location starting at the age of 13 . 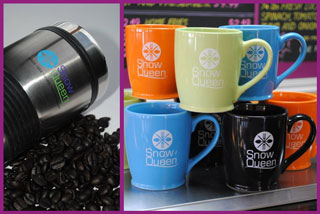